If you've been around email long enough, you know there's a reason that gmail has that magic undo send feature. (Well, ok, once you see what it is, it's not that magic).

Because of the nature of digital information, it's too easy to have that email end up somewhere you'd rather not see it. Once you hit send, you don't have much control over the copying process. That email immediately becomes part of your permanent record. And, well, you've probably been there yourself at one time or another, wishing you hadn't sent it.

Even though there are a ton of sources on email etiquette. it's not too surprising that folks send email they wish they hadn't. We get weekly evidence of that. Like search engines and other popular archives, we get our share of requests to remove content. Sometimes folks ask for individual emails to be removed. Other times, we get more open-ended requests like, "please remove my name from your site".

The funny thing is that mailing list tools aren't really set up for redaction. They don't make it easy to remove individual emails, let alone parts of emails, from their archives. So, what does MarkMail do with this issue?

MarkLogic Server to the rescue!

One of the cool things for us, is that MarkMail actually has a magic eraser. With little pain, thanks to the real-time index provided by our MarkLogic server, we can remove emails from our index at a moment's notice. With a single line of XQuery code, we can move the document representing that email into a hidden collection and in nanoseconds, it's gone from all further queries to MarkMail. Yes, that is neato.

So we have the technology.

Still, we don't take message removal lightly. As an authoritative record of public history, removals are treated as the exceptional case. MarkMail provides content that it receives from publicly available sources. Everything we serve, we received another source. List administrators control their own lists and set policies on archives and we respect that. By posting on their list, you follow their rules, and we do too. So, if you want something removed from MarkMail, you'll usually have to get it removed from the original source first.

We've recently added our removal policy to the site, which has full details on how we deal with removal requests. The mechanism starts at our feedback page. In a nutshell, we will remove emails under two specific cases:
When content clearly violates our content policy, we may simply remove it. No surprise there. That's bad stuff. Any other material needs to be removed from the original source before we'll act. In all cases, we prefer requests from the archive owner and/or requests that come with evidence that the content has been removed from the originating source.

As we look to make MarkMail pay for itself, it's pretty darn obvious that the traffic the site gets is sufficient to generate some revenue from advertising. A good number of well-known developer-centric sites display ads (e.g., sourceforge.net, www.xml.com, vim.org, linux.org, many others) with varying degrees of success. It even looks like msdn.com displays ads (albeit for other MS properties). And there are also sites like Expert Exchange that charge users a premium to search their archives, while also displaying ads.

The plan is to make minor adjustments to the site layout and provide relevant ads that are meaningful to a software developer.

Over time, we'll be looking to bring in ad content that is

We'll be enabling Google AdSense text-based ads soon, as they appear to be best-of-breed, simple to implement. But we'll also be looking to sell advertising space ourselves.

In the meantime, before we're fully set up, if you're reading this and you have something worth communicating to some of the millions of folks that end up at MarkMail, give us a holler.

PS. If you sign up for a MarkMail account, you'll have access to a switch that will enable you to opt out of the AdSense ads.

I'm the new guy and this is my inaugural post.

I first ran into MarkMail a few years ago, during my tenure at Clearwell Systems. Back then, both Clearwell and MarkMail were building "search engines for email". If you didn't look deeply, you'd have thought we were competitors. But we weren't. And we aren't, still.

At Clearwell, we knew we were breaking ground. Like many start-ups, we really didn't preconceive which applications our efforts would enable and which markets would find our solutions valuable. We just believed, with all our hearts and minds, that there was something there and we could get it done. I've since learned the history isn't too different at MarkMail. To make a long story short, Clearwell went one way, focusing on enterprise email environments, like Microsoft Exchange, PST Files, and Lotus Notes, eventually cracking the nut on common Electronic Discovery use cases. We built a really sweet e-discovery product that continues to get rave reviews and save customers $$$.

And, MarkMail went another, supporting public, open-source communities and mailing lists (MailMan, Ezmlm, Google Groups, and others). Through these efforts, MarkMail has become a large scale, highly respected, and high-traffic service for software developers. Ironically enough, as a software developer, it was not uncommon for me at Clearwell to ultimately use MarkMail. So I've been a fan for quite sometime.

And now, thanks to the hard work of good folks at Mark Logic (and Jason Hunter in particular), I'm here to help further the MarkMail mission. I bring to MarkMail, deep experience in software development practice, high-performance computing, and user interface engineering (OpenLaszlo, LaszloMail). For a good percentage of this time, I've been in and around all sorts of email, communication, and collaboration tools, especially those used by developers. And in my most recent gigs, I've been focused on making sure my engineering efforts are part of a broader business success. And I plan to do the same for MarkMail.

So... to take a line from Bette Middler, "Enough about me." What am I going to do for MarkMail? Well, a lot I hope. In the immediate term, I've got a few obvious directives, like keeping the site going and growing. I’ll also be focusing on the changes needed to make the site responsible (aka pay) for its own operations, while keeping a focus on the general communities that it serves. To that end, you can expect another post (or two) about upcoming changes.

Sounds like fun, eh? Well, you'll get to hear it all, assuming I continue to be able to make time for blog posts like this one. Thanks for listening and please holler at me with advice and comments. And, of course, if you have feedback or ideas related to how MarkMail might help you, please holler.

Oh... and one more thing. If you're in the Bay Area and you want to see me in person, you can also find me occasionally playing out with the Tribal Blues Band (I'm the one in the blue shirt). 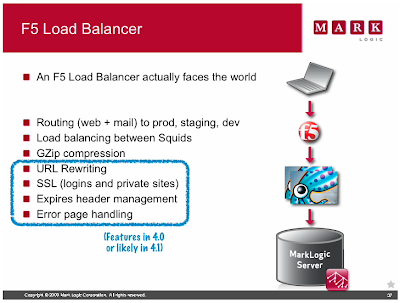 The Mark Logic User Conference is coming up next week. If you're coming to the show, I encourage you to attend the talk on MarkMail I'll be giving on Wednesday. I'll tell the story of MarkMail as it progressed from my first idea to a night project built with Ryan Grimm to the robust web site you see now at markmail.org (and even to the other web sites you don't see, because they're running behind people's firewalls). It's in the conference's technical track so there'll be a lot of focus on the core tech.

If you're not coming to the show, why the heck not? :) It's not too late to register. 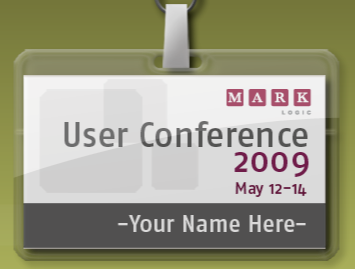